A lot of 3rd party transactions would occur behind Zynga’s back, where two people would transact using PayPal or whatever outside of Zynga, then hop on a poker table, the seller goes all in, then folds, which transfers all the chips to the buyer!

There were trillions of chips circulating in the economy, made Zynga lose money, as users would prefer to sometimes buy those chips through other channels to save some money.

How About We Give Something, Then Take Something In Return?

To remedy that, Zynga came up with a feature that would give the user a slight advantage if they opt into it, and Zynga gets 2% of the profits!

That would drain lots of Poker Chips from the hands of users back to Zynga, so that we’re the sole seller of Chips 😃 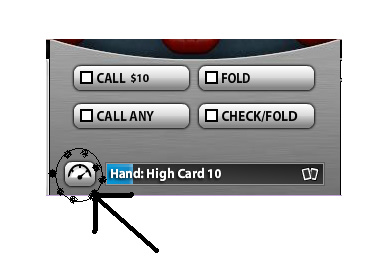 Here’s broadly how the HSM works behind the scenes:

Doing so, Zynga drained a lot of chips every day to rebalance the economy and have control over selling chips.

Zynga ended up draining billions of chips using this feature every week or so!

Thanks for your contribution, much appreciated! 🙌